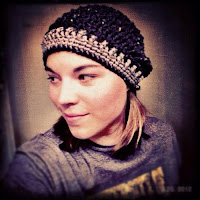 Hey Megan, and welcome to the blog!

Hey there! Thanks so much for having me. It’s an honor to be here!

So how did the idea of Steel Lily come to you?

Steel Lily first started cropping up in my mind over Christmas of 2011. For some reason, the thought of what our world may be like if we didn’t take care of it. If we continued to abuse our resources, and then a massive war broke out. How would we deal? Could we survive? What would that look like? All of those ideas were swimming around, and Avery’s world is what came out of it.

What character do you relate to the most?

I think it’s a mix between Avery and Sari. I love Sari’s spunk and moral compass, but I love Avery’s attitude. She says the things I wouldn’t have the guts to say, so maybe that’s why I like her so much.

Which character do you have a bit of a soft spot for?

Riggs, by far. Call me crazy, but he was a character I rooted for the entire book. He was a lot of fun to write, and I can’t wait for you guys to get to know him better.

I know that Jaxon is vaguely based on a friend of yours, but are any of the other characters based on people you know?

Not directly in this book. A friend of mine has a character in another series, although I did borrow my nephew’s name, Jaxon, and I borrowed my friend Sari’s name. I always ask permission before I borrow someone’s name that I know, but I always give their names to good guys…well mostly. One of my best friend’s moms might be a bad guy in a manuscript I’ve yet to finish. She did give me permission, though! Haha. :)

If you were trapped on a desert island, which two characters would you like to have with you?

I’d like to have Sari, and then it’d be a toss up between Avery and Jaxon. I think Jaxon might frustrate me long-term, so I’d probably go for Avery. She’s less of a snark in general than Jaxon.

I know you're currently writing Iron Pendulum - can you give us any hints as to what we can next expect from the gang?

Ahhh, it’s a secret!!! But they WILL have new characters helping and hindering them. One of the characters tried to make an appearance in Steel Lily, so I’m really happy he’s making it into Iron Pendulum. :)

Steel Lily was one of my favourite books of this year, hands down. Not only was it my very first steampunk book, but its uniqueness and gorgeous setting completely drew me up. Although I've only recently finished this book, I am already eagerly awaiting Iron Pendulum - I can't wait to find out what happens next!