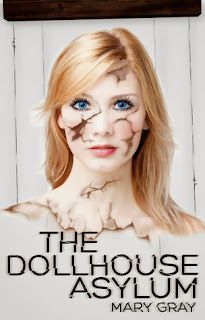 A virus that had once been contained has returned, and soon no place will be left untouched by its destruction. But when Cheyenne wakes up in Elysian Fields--a subdivision cut off from the world and its monster-creating virus--she is thrilled to have a chance at survival.

At first, Elysian Fields,with its beautiful houses and manicured lawns, is perfect. Teo Richardson, the older man who stole Cheyenne's heart, built it so they could be together. But when Teo tells Cheyenne there are tests that she and seven other couples must pass to be worthy of salvation, Cheyenne begins to question the perfection of his world.

The people they were before are gone. Cheyenne is now "Persephone," and each couple has been re-named to reflect the most tragic romances ever told. Everyone is fighting to pass the test, to remain in Elysian Fields. Teo dresses them up, tells them when to move and how to act, and in order to pass the test, they must play along.

If they play it right, then they'll be safe.

But if they play it wrong, they'll die.

Mary Gray has a fascination with all things creepy. That’s why all her favorite stories usually involve panic attacks and hyperventilating. In real life, she prefers to type away on her computer, ogle over her favorite TV shows, and savor fiction. When she’s not immersed in other worlds, she and her husband get their exercise by chasing after their three children. The Dollhouse Asylum is her first novel.

INTERVIEW
What inspired you to write The Dollhouse Asylum?

I had this image of a girl trapped in a subdivision in the middle of nowhere by a man she both loves and hates. Also, I had finished reading Carrie Ryan's THE FOREST OF HANDS AND TEETH and wanted to write a book with the same writing style and creepy vibe. Finally, at the time, I was living in Virginia, and desperately wanted to move to Texas, so I knew my subdivision had to be in Texas.

Aside from Greek mythology, what did you base Elysian Fields on?

A hodge-podge, really. The couples are some of the "most tragic love stories ever told." I didn't go into the story knowing I wanted Greek mythology--in fact, I would have stayed away with it had I known it was going to be written in so many YA books, but the fact that Teo had to be the ruler of a dark kind of world really made sense that he would be Hades and Cheyenne his Persephone.

Is there any character you really relate to?

I actually relate to Cheyenne, which I'm sure is hard for many to understand. I have never been in a manipulative relationship like her, but I have seen that type of relationship played out, and the manipulation and power plays these "villains" in our lives make are real--our job is to learn how to stop them.

Difficult question ahead - are you Team Teo or Team Marcus?

I could never choose just one! Okay, well, if I were to be healthy, Team Marcus all the way. He is, in fact, greatly inspired by my husband, and treats Cheyenne with the selflessness every girl deserves (and should give back). He is spontaneous and thoughtful, muscular, patient, and is completely smitten with Cheyenne. Teo, though, will always have a spot in my heart. Do I agree with what he does? No. But he does love Cheyenne and he has so many excellent passions and gifts. He's my own personal kryptonite--the type of villain I would fall for while giving me the heebie jeebies.

Who are your favourite couple and why?

Another impossible question! I adore the lesser known stories just because I get tired of the same old ones, so Salim and Anarkali's lesser known tale is a soft spot for me, plus it truly is horrific in its own way. I feel the same way about Eloise and Abelard--they were excellent people and their outcome is really sick!

Have you ever thought of writing a prequel novella about the virus mentioned in The Dollhouse Asylum?

I actually wrote one told from Bee's point of view, but for whatever reason, it just wasn't working. When I had my editor look at it, she said it felt forced, and I knew she was right. I think some of that might be because I really felt Cheyenne's inner battle, and the issues Bee were going through were things I didn't feel deep in my heart.

Is this the end of the road for Cheyenne and Marcus? If so, what can we expect from you next?

I actually started another story about them, but quickly learned I needed to stop it. Some characters should be followed for many stories, while others have a huge life event and the real drama ends with that event. Are they real people in my mind? Yes. But what happens to them wouldn't be spooktacular enough to warrant another entire book. So now, I'm researching a completely different story. Well, I've actually started like four stories since ending DOLLHOUSE before they eventually fizzled out. Pray with me that the one I'm studying will indeed be my next book. I desperately want it to be. The world isn't over-told and it has historical elements in it, too.
Posted by Nina @ Project Read and Review at 12:30