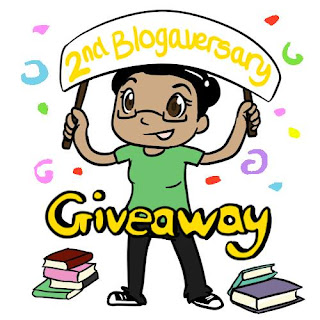 (gorgeous button made by Eloise Gardner)

I have to admit, it feels a bit crazy to think that I've been running this blog for two years now - it doesn't feel like it at all! To thank everyone who has followed Project Read and Review these last couple of years, I've decided to host another giveaway. The twist? This one is going to be bigger and better than them all!

Prizes:
Now for the exciting stuff! All the books I have chosen have been released this year, mimicking the new things going on with the blog; new layout, new method of following, new school (okay, not blog-related, but still!) However, some of the books chosen are part of a series, so if you're interested in reading one of the other books in the series, then I can send you that instead.

Sever / Through the Ever Night / Goddess / If I Should Die / Scarlet

As I said earlier, if you'd rather receive a prequel to one of these books, that is absolutely fine! Thank you for following the blog, and may the odds be ever in your favour...I mean, um, good luck.

EDIT: We've reached 200 followers! Know what this means? There will be two winners!

a Rafflecopter giveaway
Posted by Nina @ Project Read and Review at 00:00